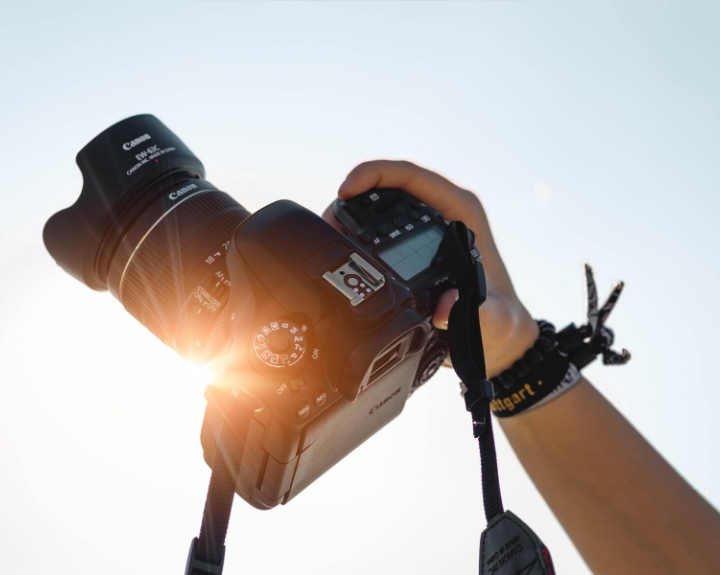 On most cameras today, there are 3 major controllable functions that determine the look and feel of your photos; shutter speed, aperture, and ISO. These 3 key settings cannot be adjusted with post-editing like other settings (such as white balance) and are thus important to get right on the spot (automatic is only good enough for getting exposure).

Much of what I’m going to address in this article will focus on professional level cameras; such as DSLRs or the more advanced versions of pocket cameras.

Some of this will also address smart phones like an iPhone, though I should point out that most smart phones have fixed apertures (and therefore the aperture cannot be adjusted). You can also adjust the shutter speed with some camera apps, but not others.

There are 3 key settings you should know about that greatly influence, not only the exposure of an image (how bright or dark and image is), but also the artistic look and feel of your shots.

Let’s begin and focus on each camera setting individually.

Get The Latest Marketing Buzz Directly to Your Inbox! Join the Brandetize Newsletter

What is Shutter Speed?

Shutter speed refers to the length of the time the shutter of a camera is open, exposing the film or digital sensor to light. For example; 1/250 is faster than 1/50.

Shutter speed directly affects the brightness of an image and also affects things like sharpness and motion blur.

Why is Shutter Speed Important?

While many cameras (GoPro being one of the main culprits) rely on shutter speed almost exclusively to balance exposure, it often leads to choppy video footage. Shutter speed is good for sports or fast moving situations, but can be jarring in many other situations.

In photography, it’s pretty simple: fast shutter speed equals sharp crisp images with little to no motion blur. Slow shutter speed will have the opposite effect.

Let’s take a look at these examples below and see if you can guess which has the higher shutter speed:

This is a pretty extreme example. Since I was just mentioning sports you can easily guess which one has the faster shutter speed.

This can best be illustrated by taking a picture of a waterfall:

In the above images, the image on the right has the slower shutter speed.

Have you ever seen an image of the night sky lit up with colorful stars?

The image above illustrates the point that using a VERY SLOW shutter speed can have an outer worldly effect, and you’ll walk away with images you may never have even dreamed of.

The lower the f-stop value, the ‘wider’ the aperture. The wider the aperture, the more light is able to hit the sensor or film of the camera.

This f-stop value determines how bright or dark an image is, but it also affects the aesthetic of a shot.

Why is Aperture Important?

Most smartphone cameras (and smaller cameras like GoPro or pocket cameras) actually have fixed apertures that cannot be adjusted. This is usually a result of keeping the lens and sensor of the camera very small.

Many of the higher-end cameras, particularly DSLRs and upper-end pocket cameras, have big enough lenses that can actually increase or decrease the f-stop value. Not only does a low f-stop value equate to more light hitting the sensor, it also determines the depth of field of an image (in the case of a low f-stop, a shallower depth of field).

Let’s take a look at these images below, which has the lower f-stop?

The image on the bottom had a lower f-stop, therefore the depth of field (or focus), is much more shallow (or tighter) than the image on the top, where everything is in focus.

Shallow depth of field has a few different effects on your image:

The out-of-focus parts of your image will have a nice round onion-like shape which is called “bokeh”.

Using a lower f-stop is not always ideal.

For instance, if you’re taking a shot of a pretty landscape, or a group photo, you will want everything to be in focus so you get as much detail as possible. For certain shots, especially portraits, shallow depth of field is a must!

ISO is the standard measurement of how sensitive a digital sensor or film cell is to light. If you increase ISO, you increase the brightness of a shot.

When using a digital camera, ISO can be set anywhere from 50 – 100,000+ on most professional cameras. 100 iso being the base on all cameras (meaning no digital light is added). On film, ISO is fixed and dependent on the type of film you buy.

Why is ISO important?

Increasing the ISO of your images will have a very distinct effect on your shots; whether you use film or digital the effect is virtually the same.

In this case, you could really just assume that the image on the bottom would be higher ISO because it is shot at night; thus light needs to be added digitally more regularly than daytime.

As you can see however, the higher the ISO, the more grain you see in the sky of the image on the bottom. You can even see these same results on your smart phone or action camera. Using a flash at night becomes a must for these cameras because of their small sensors and fixed apertures.

The size of the sensor or film cell also relates to the value you can push your ISO to without seeing grain. For example, a full frame (36x24mm) sensor will be able to go to ISO 1600 with no issue, whereas a 1” sensor (as used in the images above) will start showing grain as soon as you push it above ISO 400.

For instance, if you were shooting some shots in a “old western” town on a digital camera in the afternoon, you might not actually need to use an ISO above the base (100). Or you might want to push the ISO higher on purpose, and raise the other shutterspeed/f-stop values to compensate. This will result in a gritty shot, that might perhaps be appropriate for the setting you take the image in (like the western era).

Why is shooting manual important?

At the end of the day, if you shoot manual you have more control over not only the exposure of your shot, but also the aesthetic and artistic appeal of your shot.

That’s why it’s important to understand the 3 main settings and their effects.

Here’s a quick cheat sheet for you:

Even if you don’t yet have a professional camera that has control over these settings, there are smartphone apps out there that can control certain functions as well.

Get out there and try some of these manual camera settings for yourself and let me know what you think in the comments. Now go shoot! Get more digital marketing knowledge delivered right to your inbox by subscribing to our newsletter.